“Beyond” like the meaning of the 4th level of sound, Para. The level where the perception of something bigger than ourselves. Beyond is a project that aims to guide the student beyond the normal approach to Sounds and Vibrations.

Alessandra’s trainings and workshop not only will deliver the knowledge that Alessandra gathered during the 6 years of studies with Grand Master and pioneer in Sound Healing, but above all deliver that sacred connection to the Sounds of the Universe.

One of Alessandra’s big love is music, a passion that started at an early age but manifested only in 2012 when Alessandra expanded her vision into the magic world of sounds and vibrations. and she started to share this wonderful medicine of overtones and magic through the magic powers of the Gong, Singing “Himalayan” and Crystal Bowls, Crystal Pyramids, Harmonium to mention few. Fully in love with this part of her journey, Alessandra took on the studies with pioneers in sound experiences including Don Conreaux, Methab Benton, Philippe Garnier, Lea Garnier, Richard Rubis, Tito La Rosa, Ramji Singh, Silvia Nakkach and Baird Hersey. 5 years later, Alessandra certified as a sound therapist. She, now, regularly presents sound offerings privately and publicly in Tulum -Mexico- (Sanara’, Casa Malca, Yaan Spa, Selina and Nomade to mention few) , France, Milano (Italy) and Los Angeles (California) or wherever Spirit guides her.

In 2014, she founded SUHUY (sa-gra-do) Medicine for Body and Soul that lasted for few years and guided her into a deeper solo project “One Love , One Sound” .

In 2018, Alessandra started assisting her teachers Philippe Garnier and the Grand Gong Master Don Conreaux during Gong training and as well she stared to offer Sound Healing,Mayan Vibrations and Gong Nidra training.

ALCHEMY FOR THE SOUL 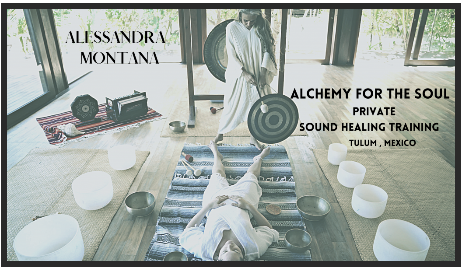 Sound Sessions are becoming more and more appreciated and requested to sooth mind, body and spirit for ourselves, to create gatherings or to wonderfully compliment other healing modalities.

Alessandra’s trainings are intentionally created for everyone who has been called into the journey of sacred vibrations of the Universe.

Each experience is designed based on the client’s journey and structured around different families of instruments, such as Gongs, Crystal Instruments, Shruti and others. Each person can take on the vibration he is called to merge into the studies of Instruments but as well what it is behind the magic of Sound Healing 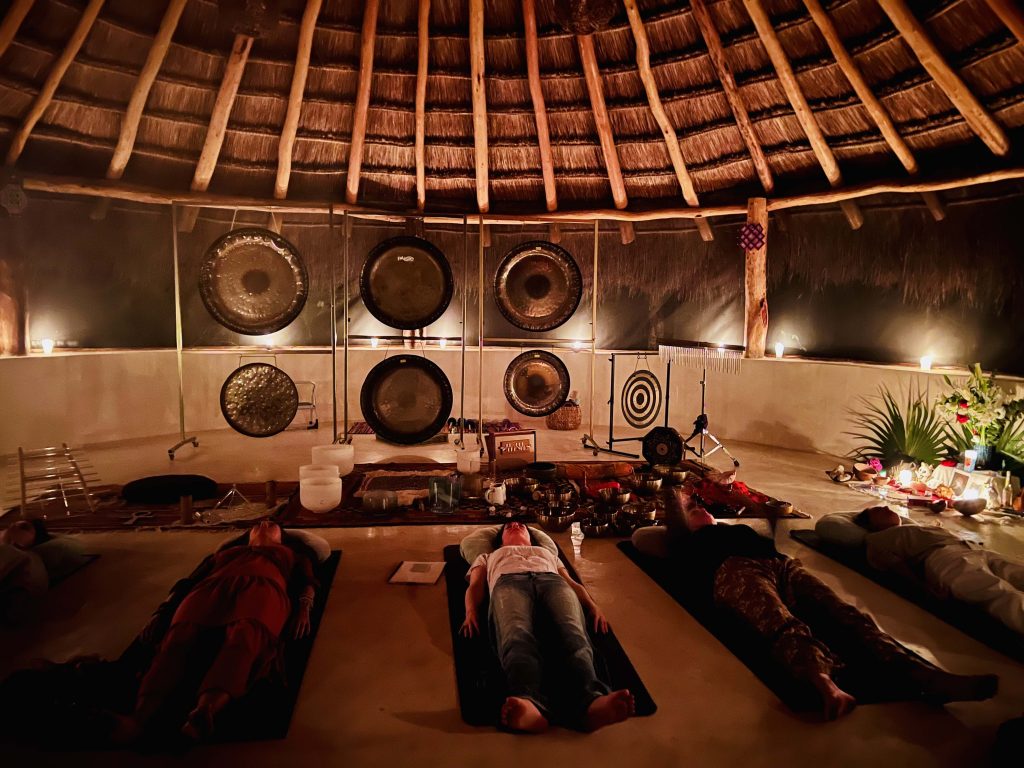 Twice a year experience that will guide and merge you into the discovery and learning process of the Power of Sacred Sounds and Vibrations to bring healing and transformation into your life and of others.

6/9/10 days of different programs designed through intensive days of theory, training, practice, meditation, profound transmutation and connection to the source within us, to develop your own skills and inner vibration to become a conscious Agent of Healing through Sounds.

Initiation into the work of Sound and Light. Activation to the knowledge of sounds work protocol , benefits and how to proper engage into the instruments to serve the purpose of the sound keeper or worker .

Molding yourself with the instruments , creating that sacred union between you and the vibrations and explore your own relationship to Sounds.

Learning how to create sound sessions and how to feel confident working with the Vibrations of the Universe. Learning how to integrate sounds and vibrations onto your yoga practice ( as a student and as teacher) and introduction on how to use sound for therapeutical purposes.

A training designed for all individuals including but not limited to yoga teachers who would like to take their practice and teaching to the next level.

The Path of the Gong 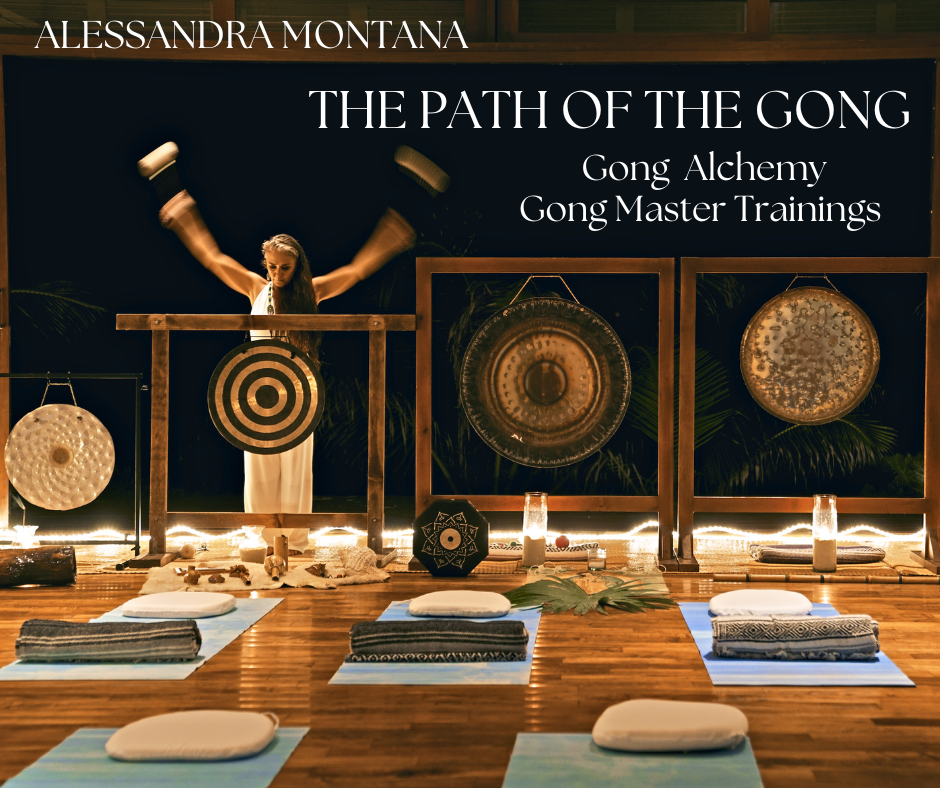 5 days dedicated to master the Gongs in all its aspects.

Training, theory & practice, profound transmutation and connection with the Gong: Through the intense practice and knowledge , the program is designed to guide you not only to learn the mastery of the gong but it will invite you merge to the source within us and to develop your own skills and inner vibration to become a conscious Agent of Healing through the power of the Gong.

Alessandra will share her knowledge  acquired during her 7+ years of studies in the Gong Mastership and as assistant to Grand Master, Masters and Sound Healing pioneers.

Activation to the knowledge of Sound Healing and Gong with deep immersion into  strokes, work protocol , benefits, ethics and how to proper engage into the instruments to serve the purpose of the sound keeper or worker .

Molding yourself with the Gong , creating that sacred union between you and the vibrations of the Universal consciousness that resides within the Gong.

Learning how to create sound sessions and how to feel confident working with the Vibrations of the Universe.

A training designed for all individuals including but not limited to yoga teachers who would like to take their practice and teaching to the next level.